Musician Robert Giannotti plays guitar and flute (as well as various other instruments), sings and is a composer, who resides in Connecticut, USA.

Giannotti had always been influenced by progressive art rock and classical music. Early in his life he had the good fortune to collaborate with two exceptional musicians, Jeff Cannata and Michael Soldan, who musically shared the same interest, passion, and direction.  Later with bassist Phil Stone the band Jasper Wrath was launched. Interest from Los Angeles based MGM Records lead to their first recording contract and the Jasper Wrath album, recorded at Phil Ramone’s A&R Studio, New York, was a world wide release that received rave reviews (and is still well respected today).

When Giannotti left Jasper Wrath, to be with his family, he still continued to write/record and perform locally, with Michael Soldan and George Clini until he started his solo act, which he continues till today.

Giannotti has appeared on three of Cannata/Cannata-Arc Angel CD’s and the 1997 Jasper Wrath Anthology release (see below).

His new solo CD, “The Great Unknown” is the confluence of and the passion for the art…. 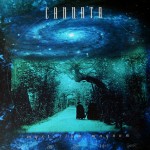 To hear news from this collection click here: http://www.cdbaby.com/all/cannata